The debate about the basic income (BI) has shifted during the past two years. Silicon valley entrepreneurs and managers now welcome the idea of a BI. Equally some German employers and scientists from the Information Technology sector support the concept. One main argument for the BI is the loss of paid work through the increasing digitalisation of the economy.
However, we promote a BI regardless of the digital economy. The unconditional protection of livelihood and participation in society is a human right – irrespective of the advancement of the digital economy in society. An emancipatory unconditional BI is one form of social protection and far from being the only option.

The advancing digitalisation creates new working relations and as a consequence promotes the debate about a BI. It cannot be predicted) which technology and when it will be implemented, but in future ‘work’ is less and less likely to take the form of a person who goes to the office or factory every morning, does the same job as the day before and returns home in the evening. Digitalisation is very welcome in as far as it makes the life of people easier and more self-determined. We do not want to defend the work of people against machines. Paid work in a capitalist system is not desirable. Every part which can be taken over by machines is a step into the realm of freedom. However, digitalisation in a capitalist system is arranged in such a way that it is likely to lead to more stress at work and less social security. We oppose this tendency, irrespective of the BI debate.
As the global capitalist system puts the unconditional BI on its agenda, the proponents of the movement for an emancipatory BI need to respond. It is important to explain what such a BI needs to accomplish according to our viewpoint in order to assure its emancipatory effect. It needs to be clarified who are our allies on the path to an emancipatory BI with whom we can and want to realize the idea. An unconditional BI based on a neoliberal concept would not enable a good life (Buen Vivir) for all human beings. Instead a BI is only desirable, when, in conjunction with other changes the BI improves the living conditions of a large number of people. Our yardstick for the evaluation of societal development is the promotion of a good life for all human beings including freedom and solidarity, self-determination and the unconditional social protection of basic human needs. Any steps towards a BI have to be assessed by the same yardstick and require a broad societal agreement. The same applies to digitalisation as a technological development which is subject to political influence and direction. The global dimension of a BI requires that it has to be seen and should be further developed as a global project.

1. Emancipatory unconditional BI and existing working relations
Digitalisation encourages precarious forms of self-employment, for example honorarium and click work. It is difficult to transform these types of work into formal employments through standard work contracts and often this is not the wish of the persons concerned. In order to allow for self-determined types of employment in these areas, these jobs need to be regulated and include social insurance. A BI could provide protection against poverty and offer a guaranteed livelihood and social participation. The regulation of the digital economy needs to ensure appropriate work and business conditions, proper payment, social insurance including health care and arrangements for an adequate work-life balance. We reject a deregulation and flexibilisation of work relations in the digital economy in order to follow profit and market interests, equally we reject digital surveillance, performance and behaviour control of the workforce. Additionally we need to maintain good working conditions in employment less affected by digitalisation or even restore such conditions. Supporters of an unconditional BI should not accept a conflict between a BI and good working conditions. On the contrary: A BI as a universal social protection offers the opportunity for all individuals to make different personal decisions about their activities. This opens up the option to create new alliances between different types of workers for the following overarching aims: freedom and solidarity, self-determination and unconditional protection of the basic needs of all human beings.

2. Emancipatory unconditional BI and social infrastructure
A BI as a simple cash transfer would not reduce the destructive forces of the capitalist market. This system only produces and supplies items based on business models where people earn money and make profits. It does not consider the question of what the goods and services are which are ‘necessary’ for a good life. What do we want to produce and how do we want to do it? How can we reject the capitalist obsession with economic growth and safeguard and maintain our natural ecosystems and environments? Which human activities should be encouraged and safeguarded through public infrastructure and services, because they are essential for the protection of our existence and the societal participation of all human beings? It should include lifelong education to become and be a responsible and autonomous citizen, access to culture, preventive and curative healthcare, different forms of public transport, communication, basic supplies of energy and adequate housing [RH should water be included, not in German document] and they should according to our viewpoint be free at point of use and publicly financed. We can use the willingness of many to share data on a voluntary basis for the continuous improvement of public infrastructure and services. Voluntary data sharing –for data protection reasons done in an anonymous way – is a practical form of solidarity to optimize public supplies and services and runs contrary to the exploitation of personal data for advertising and marketing and ultimately profit maximisation.

3. Emancipatory unconditional BI and societal productivity
The productivity of a society is never only the sum of all paid labour. This will not change, even if the advancement of digitalisation reduces the amount of paid labour in society. In this context, the whole sector of the socially invisible nursing and care work is essential for society, equally the social, cultural, civil and political engagement of citizens. A BI would make it easier for the individual to determine how to combine different activities and also to search for collaborative solutions, especially when communitarian approaches are encouraged and publicly supported. The digital capitalists are not interested in the social protection of all human beings, regardless of whether they perform paid labour or not. Digitalisation means for them above all more flexibility of the workforce for the market and increased productivity. Women still have to provide most of the nursing and care work. Societal engagement in different forms is treated as a voluntary commitment. Therefore it is important to explore the opportunities which the digitalisation in combination with a BI may offer for society.

4. Emancipatory unconditional BI and the Commons
Digitalisation gives us an idea how collective knowledge production can create digital goods and how an alternative digitalised production and networking system can be established. These changes create opportunities for a democratic arrangement of economic production and for a society which take ecological requirements into account. It is important in this context that public investments should lead to public benefits. The counterpart of a collective and democratic production is a universal and democratic distribution of goods. Both require arrangements such as a universal citizens’ insurance which considers the needs of the individual, a publicly accessible infrastructure and a universal and unconditional citizens’ income. The universal and democratic distribution of goods has the following objectives: the appropriate design of these common goods and social systems and the redistribution of excessive wealth so that all people have access to infrastructure and sufficient material goods and the enabling of their participation in democratic negotiation processes.

In which society do we want to live?
BI and digitalisation are two projects which can mutually support each other. Production and distribution can overcome the restrictions which the actual capital and wage relations impose on human beings, their freedom and the development of their capabilities. This may sound abstract and theoretical, but it can be concrete and real: solidarity-based economies can use digital common goods, platforms for the organisation of everyday life of neighbourhoods and 3-D printers for the decentralized production of essential goods; digital identification and cooperative satisfaction of needs instead of useless consumerism which harms climate and environment, access to knowledge without barriers, transparency of companies, public administration and politics. Digital capitalism destroys the potential for real freedom and prevents societal progress, because it privatises wealth, excludes and exposes human beings to social insecurity and sets up borders and walls. How can these borders and walls be torn down? What type of public digital and energy infrastructure do we require for such a change? How can digitalisation be used to produce and consume with less use of energy and resources? How can digitalisation be developed in such a way that it uses much less energy and fewer resources? How can human wishes and needs be digitally captured while at the same time safeguarding the rights to privacy so that everybody can contribute to the satisfaction of these wishes and needs and promote a more humane society?

Note:
This text has been agreed during a workshop “Digitalisation? Basic Income!” which took place in Frankfurt (Main) on 26 Mai 2018 based on a consensus among about 100 participants. The purpose of the meeting and this document is to establish a factual position and make a political contribution to the discussion about the BI in view of the ongoing digitalisation. Some important questions have to remain unanswered and certain topics were not discussed. Among others these are from an internal perspective of digitalisation: how can the data producers effectively control the data and whether the ecological consequences of this technology have been sufficiently addressed with a proposed reduction of the extremely high energy consumption. From an external perspective on digitalisation the questions of an ethical evaluation remain unanswered, especially whether a technology based on algorithms is capable of meeting the needs of people. 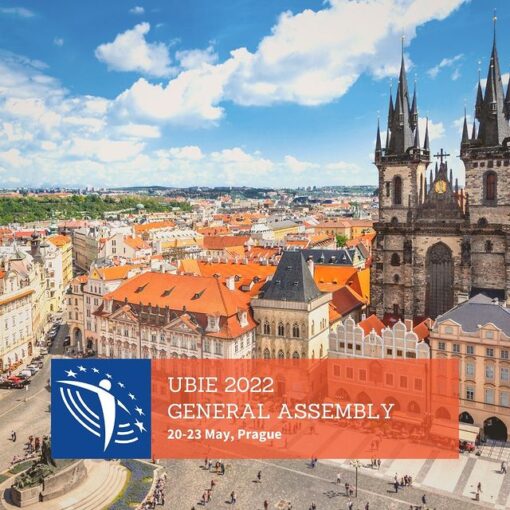 The General Assembley 2022 wil be held in Prague, Czech Republic. You can join the live events on ZOOM, Friday from 5:30 […]

On 19 and 20 May 2016 there will a conference on Unconditional Basic Income and Degrowth in Hamburg, The aim of the […]

Send us contributions for the conference: “UBI as a response to social inequality in Europe” to be held in Maribor, Slovenia, 19th-20th March 2015. 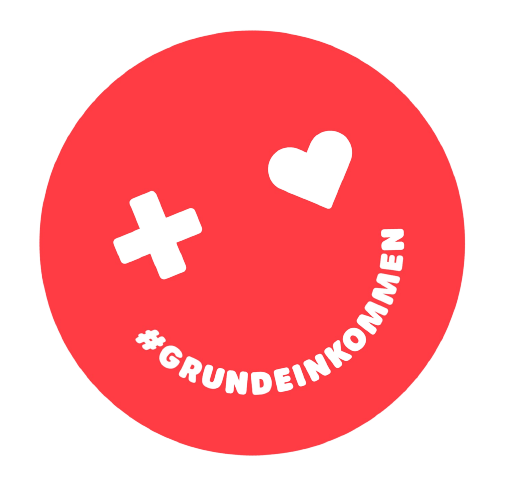 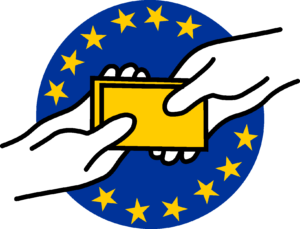